Browse: Home   /   Are YOU Prepared For Deer Season? 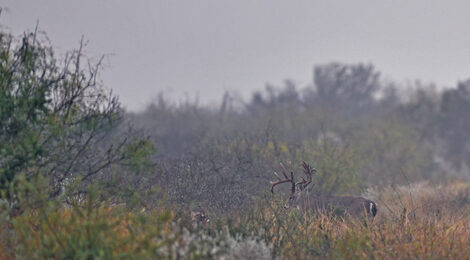 Are YOU Prepared For Deer Season?

TOJ-RT / October 1, 2022 / Comments Off on Are YOU Prepared For Deer Season? / Uncategorized

For some Texas sportsman, October represents that special trip to the high country in pursuit of elk.  Like rattling up a mature South Texas buck, bugling in a loquacious, slime-slinging bull amongst the Quakies is an adrenalin rush and a great way to escape the lingering Texas heat.

For others, their excursions extend further north to the ruggedly beautiful game-rich Canadian Rockies in pursuit of moose, caribou, and in some cases, the ultimate mountain inhabitant — the regal sheep.  However, most Texas sportsmen will spend October preparing for their upcoming challenge with the most sought after big-game animal on the planet, the white-tailed deer.

With an estimated four million deer in Texas, sportsmen enjoy ample opportunities to replenish their cache of venison, but if one’s goal is to harvest a trophy buck, additional preparation is necessary, and no time is better than October to get started.

The first thing to consider is one’s physical condition.  A 45 minute daily walk in the cool October morning air is both refreshing and mentally stimulating.  And if performed year round, one’s ability to get around in the field improves, which can make the difference when it comes to harvesting that buck of one’s lifetime.

Bucks with a substantial amount of headgear are rare.  This makes it important that hunters remain mentally and physically prepared in order to locate, and let alone capitalize on that trophy opportunity when its presented.