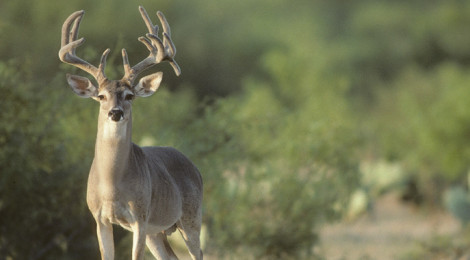 Finding a place to hunt in Texas is not difficult, but finding an area with deer that exude the right genetics is challenging.

As the sun dipped below the mesquite-lined horizon, I spotted a nice young buck, but not the one I wanted.  Seconds later, however, a buck with wide sweeping beams and 10 tall tines appeared. Abruptly, my .270 shattered the placid evening, and all my perseverance and planning had paid off.  As I admired each and every inch of its 160-plus-inch rack, I began to realize just how lucky I was to pursue whitetails where I enjoyed the realistic chance at a buck with a rack as large as the one that lay before me.
Texas deer hunters devote a lot of time in their quest for a wall-hanger; however, most find it difficult to realize their dream.  The truth is, even on well-managed areas, exceptional bucks are aberrations.  Many simply fail to endure the gauntlet of five or six deer hunting seasons, and those that do develop some exceptional human evasive skills.  The fact is that where one hunts is critical to success.  By where, I mean which region of the state, and more specifically, in what portion of that region.