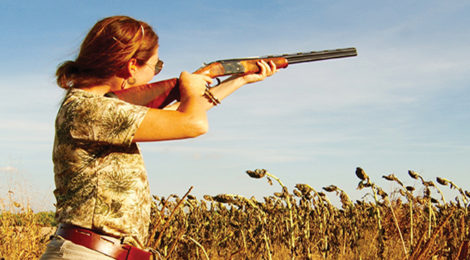 Wingshooters prepare now for the opening of fall hunting seasons.
Story and Photography by Nate Skinner

It’s human nature to procrastinate. There are those rare individuals among us that don’t, but for the most part just about everyone tends to put things off until the very last minute in some aspect of life or another.
One of the most notorious groups of people known for stalling when it comes to completing tasks that need to be done is hunters. Over the years I’ve had friends or acquaintances tell me about making late night trips to sporting goods stores to stock up on ammunition for the next day’s morning hunt. On more than one occasion I can recall fellow hunters hurrying to pur-chase their hunting license on the way to the field for a hunt. Even worse, I’ve hunted with folks that when checked by a game warden at the end of a shoot, realized they never did pur-chase a license for the current season.
Many of us have been guilty of poor preparation prior to hunting season at some point in our life. Hopefully it was something minor like having to make a last minute gear purchase rather than breaking the law.
Either way, the bottom line is that the time to get prepped and ready for fall hunting seasons is now. With dove and early teal seasons opening in September, there’s 31 days worth of rea-sons why all hunters should develop a sense of urgency when it comes to planning.

← Digging In To Wadefishing
About the August 2018 Cover →