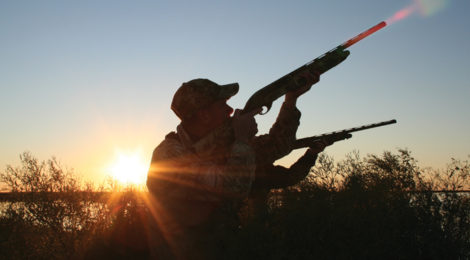 Right about now is when thousands of duck hunters will be getting their gear rigged and ready for the upcoming waterfowl season across Texas. Decoys need to be rigged and cleaned, duck calls are being tuned, retrievers are being worked out, guns are cleaned and oiled and most of all – hunters are lining up places to set up and shoot ducks on this season.
I had a friend out fishing on the flats at Port O’Connor a couple of months ago and we drifted past one of my duck blinds. It was hot as hell, we were sweating profusely and it was just about time to head in when I mentioned cooler days and duck hunts on the bay.
“I’ve lost my drive for chasing ducks,” said Tom Evans, as he reached for a bottle of cold water. “It’s just too much trouble. I’ve been duck hunting for over 30 some odd years. It’s just seems like there are too few ducks and too many hunters.”
I just about dropped my rod in the water.
“That’s crazy talk,” I said. “We’ve got plenty of birds. And true, we seem to have a lot more hunters, but that by no means is any reason to hang up the calls and stash the shotgun. It’s all about finding a place to hunt. That’s been a major part of the game since the beginning of duck hunting.”
Nary a waterfowl season goes by without some complaints of some sort. But if you are into this sport one thing is certain – you are going to have to put out some effort to stay in the game.
The first thing is finding a place to hunt. I’ve been duck hunting in Texas for right at 50 years. Some of my best hunts have been on public hunting areas. Some of my best memories are on the bay flats from Matagorda to the Laguna Madre. Back in the 70’s we fully expected to wade back to the boat with 10-bird limits of pintails and widgeon on just about every hunt.