Browse: Home   /   Be Prepared When Hunting 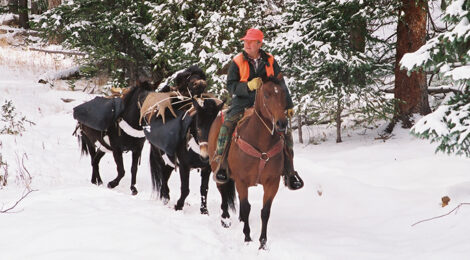 Be Prepared When Hunting

TOJ-RT / July 1, 2022 / Comments Off on Be Prepared When Hunting / Uncategorized

Hunting has certainly changed over the decades.  It used to be young hunters were mentored by older more experienced individuals.  It might have been a parent, grandparent, uncle or close friend that had a significant hunting background that would share.

There was a progression of the shooting heritage that took place as the shooter began as a plinker with an air rifle and then a .22 used to take small game.  With maturity and responsibility proven the big step to a larger caliber capable of harvesting deer or other big game was made.

Combined with the shooting progression there were skills learned as to how to field dress and skin the animal plus prepare the meat for the table.  There were outdoor skills commonly referred to as woodsmanship but in today’s trendy world is called bushcraft.  This covered making fire, tying knots, lashings, orienteering, reading a topographic map, building shelters, purifying water and more.

Many learned these as a Boy Scout.  The Boy Scout Handbook and Fieldbook remain excellent resources to learn and improve one’s outdoorsmanship for men and women.

Even once a basic foundation of woodsmanship has been established the education never stops.  Time spent afield, hunting with more experienced hunters and just staying inquisitive increases one’s knowledge.

Today many will hunt with other hunters on a lease or with an outfitter and just go along relying to varying degrees on someone else’s ability.  They are told where they are going to hunt and when they will be picked up.

In Texas, many times this is from a box blind overlooking a feeder or food plot.  The hunt location is already established, so is the attractant — so all one has to do it put in the time to see what shows up.