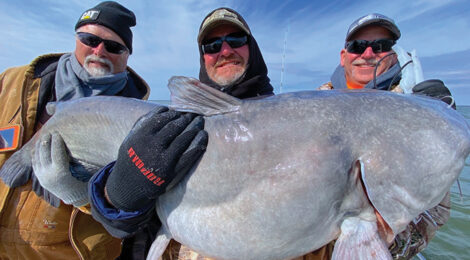 Cream of the Crop

Few topics will stir up a bait shop debate among freshwater fishermen any quicker than one of those ‘my lake or river is better than yours’ discussions.

That’s especially true in Texas — a heavenly place with nearly 270,000 square miles of real estate dotted with 160 lakes spanning 500 acres or more and numerous fish-filled river systems where anglers can wet a hook for all sorts of popular sport and rough fish ranging from bass, crappie and catfish to alligator gar and even common carp.

The fishing here is among the best in the country. In fact, some anglers may argue that a few of their sweet spots rank second to none.

I’ll second that motion. Here’s my hit list for some of the best fishin’ holes found around here:

The lordly largemouth is king in Texas and there is hardly a shortage great lakes to go after them. If you’re looking to connect with career bass, you can’t go wrong heading West to O.H. Ivie.

Located near San Angelo, ‘Ivie rang the bell for Texas Park and Wildlife’s Toyota ShareLunker program louder than any other lake last year. It produced 12 Legacy class fish ranging 13.02 pounds to 16.40 during a remarkable run spanning 33 days, February 19 to March 23. The biggest of the whoppers ranks as Texas No. 16 heaviest bass of all-time and biggest reported statewide since 1999.

Through November 15, 2021, ‘Ivie anglers had reported 44 ShareLunkers upwards of eight pounds to the program — 12 more than Lake Fork. Seven bass ranging 11.15 pounds to 14.63 were caught outside the January 1 – March 31 collection season for the state’s selective breeding program. One of those fish — a 13.27 pounder — was caught during the height of summer.