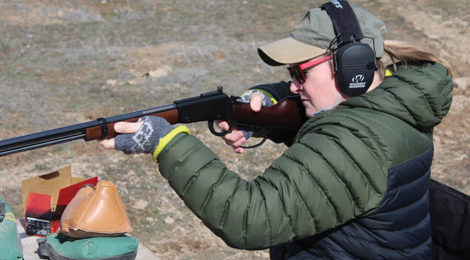 The .22 is like the .30-06, it just keeps hanging in there and surviving. It has withstood the test of time and is now thriving more than ever before.

A few years ago the .17 HMR hit the scene and was supposed to lay the .22 to rest. That didn’t happen. My ballistic expert buddy told me that the .17 HMR is way superior to the “lowly” .22 but despite the prophets of doom and gloom they keep selling.

The only slowdown in the use of .22’s that I have seen was a few years ago during one of those “hot spots” that shows up somewhere in the world that caused a scarcity of .22 ammo. Some manufacturers said it was because everyone panicked and tried to stock up on .22 ammo. I don’t know if that was the cause but one old buddy told me he had 17,000 rounds stocked up. Why I don’t know. He had to have been 80 years old. If everyone was doing that then that could help explain the shortage.

Manufacturers put on extra production shifts to keep up with the demand so they said they weren’t to blame. Regardless, they did rake in the profits during the shortage.

The shortage of .22 ammo certainly impacted the sale of .22 firearms during that time period but other than that the .22 has had a strong market since its invention.

I also credit the Ruger 10/22 with increasing the popularity of the .22. The 10/22 has to be the most “customizable” gun on the market, surpassing even the AR. There are more after-market parts than one could possibly image.

Back 80 years ago when times were tougher and people were more thrifty, the .22 had three options for ammo. The Short, Long and Long Rifle. As a kid I remember my dad telling us stories of how as a youngster he’d shoot rabbits and sell them for $.25 each, enough to buy a box of bullets. In the Depression the minute price difference between a box of shorts and a box of long rifle ammo was a deal breaker. Now today, I very, very seldom see a box of longs or shorts for sale.