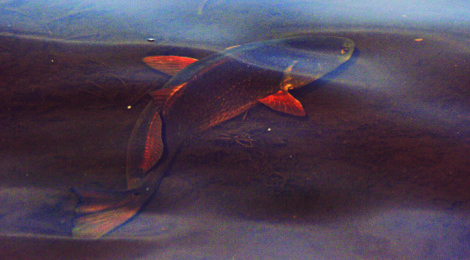 First on the Flats

Texas reds are the most diverse, hardy and action packed fish you’ll ever catch.

Story and photography by Robert Sloan
I had two grown men out on my boat at Port O’Connor and they were there for one reason – shots at tailing reds. One was from New York, the other from Dallas. They had both heard about Texas’ tailing reds and it was placed at the top of their bucket list.
Up at dawn, we headed south of POC towards a sprawling back water estuary lake about seven miles across San Antonio Bay. We had an outgoing tide at 8 a.m., which would just about guarantee classic tailing reds on one particular clear water flat. We got there and as I poled the skiff up on the flat there they were.