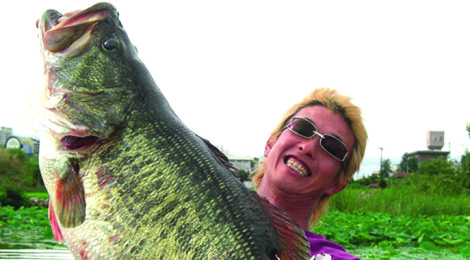 Gary Schwarz is a Zapata County ranch owner who is on a big league mission to accomplish something with largemouth bass that many private lake owners would probably love to attempt if they had the resources and the time. He wants to grow an army of big fish and, ultimately, one so fat and heavy that it will top the current world record of 22 pounds, 4.97 ounces.
Only time will tell if he is able to pull it off. If he doesn’t, it certainly won’t be for a lack of effort. It won’t for a lack of fish with the DNA to grow abnormally large, either. Interestingly, Schwarz has got several thousand of the Texas Parks and Wildlife Department’s most highly-prized Florida bass offspring finning around in a brand new lake he calls “Jalisco.”
Deer hunters might recognize Schwarz’ name from the path he forged in the deer management industry in early 1990s. He pioneered Tecomate, a well-known food plot forage believed to produce bigger, healthier whitetails.
Bass fishermen, meanwhile, may recognize him from a story titled “Building the World Record Bass,” which appeared in the April 2013 issue of Bassmaster Magazine.