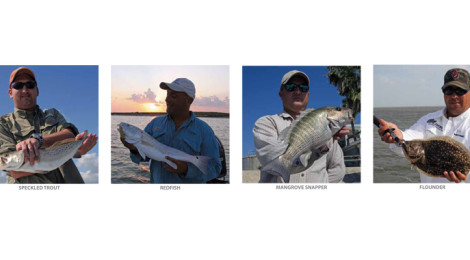 In May anglers will target as many as six different tasty species on the lower Texas coast.

May sees the transition from spring to summer in the Lower Laguna Madre. As a result, anglers are able to catch a wider variety of species over a greater expanse of water during the weeks leading up to Memorial Day. In fact, May is a month when fishermen can virtually “call their shot” when it comes to catching their favorite species by using their favorite lures, baits and techniques.

With anglers further up the coast getting ready for a possible five fish trout limit, May is another example of why Lower Laguna Madre anglers have not had a problem transitioning to the reduced speckled trout limits imposed on them a few years back. While trout are still a major part of most fishermen’s plans, there are plenty of other species to target and May is a prime example of that, with no fewer than a half dozen species being legitimate targets for Lower Laguna fishermen in the fifth month of the year. As a bonus for those “coastal salts” who like to take a few for the table, each of these species offers tasty fillets as well.