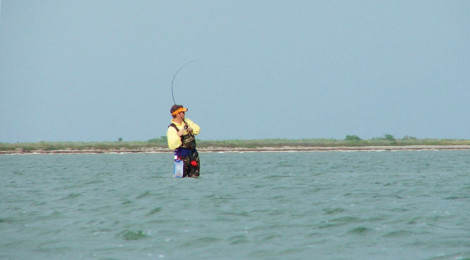 What anglers do and where they look for speckled trout in the winter is similar to fishing for trout in the summer.

Most people think winter is nothing like summer. While it is true these seasons are opposing, in the realm of coastal fishing, they are much more similar than they may at first appear. It is easy to think of them as different — after all, one is cold while the other is hot. However, they are both similar in the sense that they are seasons of extreme temperatures. And, fish generally respond to extreme heat and extreme cold in much the same way. As a result, much of what fishermen do and where they look for speckled trout in the winter is very much the same as what they do and where they look for summer trout.

← The Gift that Gives all Year
Swim Bait Magic →