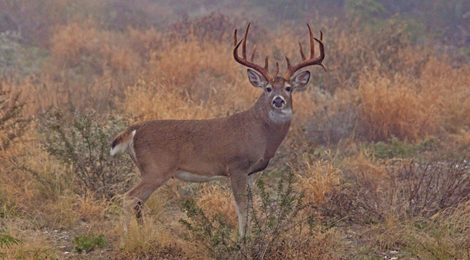 TOJ’s Annual Forecast of Whitetail, Mule Deer, Pronghorn, Quail and other Game Animals along with the latest from-the-field information.

Challenges are many for Texas wildlife and landowners.  In recent years they have contended with the drought of 2011 and the subsequent recovery.  In more recent years spring floods along with the impact from Hurricane Harvey has displaced wildlife as well as hunters.

This year it looks as though most of the state will have benefited from good timely rains and a fair carryover of older age class animals or brood stock of ground nesting birds.  Conditions have also provided conditions favorable for survival of the young plus habitat/food sources to attract and hold migrating waterfowl.

However, Texas is a big state with lots of variables.  Some benefited more while others have had a few curveballs thrown at them.

Here are the detailed reports all eight Texas Parks & Wildlife District Leaders have provided from their staff for the 2019 – 2020 hunting seasons.

Alpine based District Leader Mike Janis said, “Most of the Trans-Pecos received average winter moisture and good (for the Trans-Pecos) spring and summer rainfall.  The exception is the far western Trans-Pecos (Hudspeth and El Paso Counties) that were much drier through the winter and spring, although summer monsoons have recently brought relief to those areas as well.  As always, rainfall is highly variable throughout the region, so some areas could still be dry.”