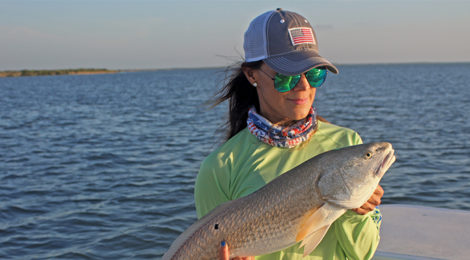 The southern most bay in the Lone Star State, lies scant miles above Mexico and is a truly magical year round fishery.

There is a water body referred to as “South Bay” on just about portion of the Texas coast. However, there is only one true South Bay. That is to say there is only one bay located further south than any other in Texas. The true South Bay, the southern most bay in the Lone Star State, lies scant miles above Mexico. Nestled between the coastal communities of South Padre Island and Port Isabel to the north and the Rio Grande River to the south, this South Bay is a truly magical place. Although the high-rise condos of South Padre Island are visible in the distance, the world seems to fade from view while fishing in this unique bay.

Shallow grass flats criss-crossed by deep channels and ringed by mangroves great anglers as they enter South Bay from the north via a channel which connects to the Brownsville Ship Channel and the Lower Laguna Madre beyond. A smattering of oysters can be found throughout the bay, somewhat of an oddity in themselves as the majority of the Lower Laguna Madre and its connecting bays are devoid of oyster. Potholes on the flats dot the shallow flats and several bayous, or bayucas, drain into this diminutive bay, which covers approximately 3,500 surface acres.

All of these features combine to both attract fish and afford anglers a uniquely visual angling experience. It also allows anglers to fish the bay in a variety of manners – from shallow water sight-casting to deep water dredging. Despite its small physical size compared to the adjacent Lower Laguna Madre, so many of the features found in South Bay are not common in the LLM, such as the aforementioned oysters as well as the drains found on the south and west portion of the bay (which, incidentally, feature some of the bay’s best fishing, especially during times of moving water.)