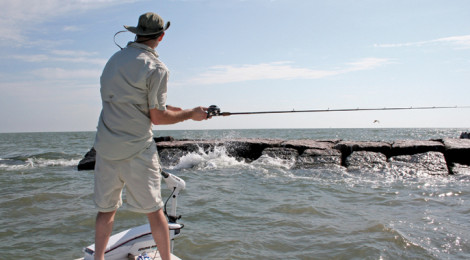 ABC’s of Jigging the Jetties

TOJ-SG / September 3, 2013 / Comments Off on ABC’s of Jigging the Jetties / Feature Articles

There are speckled trout and reds hanging around those rocks, and here’s how to go after them.

One thing that is certain along the Texas coast is that the jetties attract lots of reds and trout, and when it comes to catching those fish nothing is better than soft plastic jigs. That’s a fact. Sure shrimp and croaker will work along the rocks, but day in and day out some sort of jig is going to put fish in the box and for a lot less money.