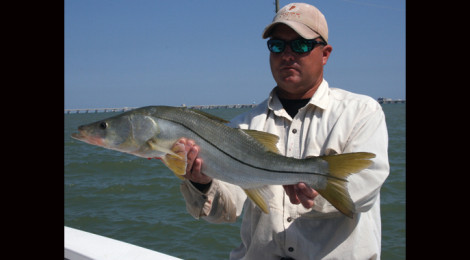 Following a string of mild winters, an increasing population and size of Texas’ linesiders presents a unique trophy gamefish for anglers to pursue.

decade ago I wrote an article entitled, “Industrial Snook” in this very magazine (November 2004). The article was meant to enlighten anglers to the fact there is a viable snook fishery in South Texas. It was met with skepticism, to say the least.

In person and via email, I had to explain over and over how South Texas snook are cyclical and although the region lost a lot of fish in the 80s the fishery had rebounded. At that point (2004), there was a consistent snook fishery in Texas and had been for several years. By then, the average size of the fish being caught was jumping each year and the future of the fishery looked bright.