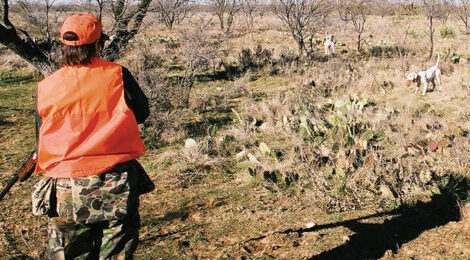 Hunters get excited with the thought of pursuing a variety of game animals during the last month of the year.  Most will focus on whitetail deer while others will target abundant waterfowl options.

However, there are many that will look to a late season opportunity often overlooked — the second split or late dove season.  Opening in the North, Central and South Dove Zones on December 18 hunters can return to fields where traditional fall hunting began back in September to harvest some of those northern birds that have “invaded” the Lone Star State as cold weather settled in where they were hatched.  The North Zone season continues until January 3, 2021, the Central Zone season extends to January 14, 2021 while the South Zone season concludes January 23, 2021.

Owen Fitzsimmons, Texas Parks and Wildlife’s Webless Migratory Gamebird Program Leader (“The Dove Guy”) said, “The cold front that moved through the state the last week of October pushed a lot of birds into Texas.  However the North Texas area around Throckmorton, Haskell and counties north of Abilene didn’t see birds hold in that area.  It seems as though they moved on through to areas further south.  Reports from Central Texas indicated birds were there briefly before heading into the South Zone.

“During the late season it seems the North and Central Zones may see birds move through with most of the dove heading on to the South Zone, south of the I-10 corridor running between Houston and San Antonio,” he explained.  “Some of the Wildlife Management Areas in far south Texas report some good hunting in the past.”