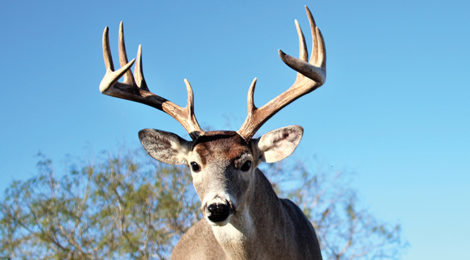 In a whole lot of places across the great state of Texas we have an excellent combination of both hog and deer hunts. I think that’s the best possible situation you can have. I like having the opportunity to get shots at both pigs and deer.

Last deer season I was hunting pigs with a friend just west of Victoria along the Guadalupe River. Just before the sun set we had a huge doe come to the feeder. She was dispatched immediately. We stayed in the blind for another hour and ended up shooting two hogs. We actually got two wild porkers in one shot, if you can believe that. That was an exceptional hunt.

Some of the wildest deer and hog hunts I’ve had have been along creeks and river bottoms in East and South Texas. All sorts of wildlife will move through those brushy bottoms. On any hunt it’s not unusual to see a coyote, bobcat, deer and a pig or two. You never know what’s going to pop out of the brush.

The creek bottoms that are so numerous in the Pineywoods can also hold some really nice bucks. The bottoms are easy to navigate and that’s a big asset when you’re moving in and out in the dark.

Years ago I used to do quite a bit of hunting near Lake Livingston. I had found a little wash out area with a well-used game trail on Brushy Creek. I cleared out a little spot up against a big oak tree one afternoon, sat down, leaned back and waited to see what would come along.

One of the wild things about hunting in an East Texas thicket is that you don’t hear too much of anything. But when you do hear something it’s usually some sort of critter. On this particular hunt I had about 15 minutes of shooting light left when I heard a single low grunt from a hog. I didn’t make a move and it was getting dark in a hurry. Then out of nowhere here comes a rust-red colored pig.  It was huge and looked like a bus coming through the brush. At one point she was about 30 yards from me.