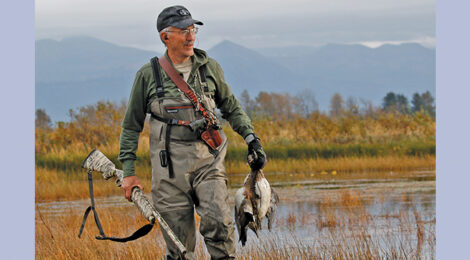 Beginning to enhancing plus sharing are just a few components beyond the actual, calling, decoying and shooting.

If there is a hunt that resembles a video game, it’s duck hunting. One image etched in my mind was a duck hunt in Plainview some 40 years ago. The sun had barely sent an exploratory ray over the horizon and suddenly the green wing teal came zipping in like scud missiles to the small lake we were hunting. It had barely gotten to be legal shooting time and the teal were coming in at a super low altitude. I stood up to shoot at the first one and he about ran into my head. I missed him by something like 10-20 feet. For about a 10-15 minute time period it was wild. They were zipping in like blips on the screen maybe a foot to five feet above my gun barrel. Needless to say, not many animals in this story were harmed!

As a seven to eight year old my first experience with duck hunting was jumping those winter migrants sitting on farm ponds. Our place butted up against the Kay Kimball ranch that to my knowledge was the largest ranch in Cooke County. I met the ranch foreman, Clarence Skaggs up at the Mask country store. In those days all of the local ranchers would meet up there about mid-morning to drink a Coke. That’s how you met everyone within 10 miles of you.

Clarence gave me free rein of their ranch. I had it made as a kid. I’d throw on my shell vest, throw in a few boxes of shells, a canteen and take off exploring his ranch behind us. At the time it was mostly all post oak country. I don’t know how many acres that one pasture was. It’s a wonder I didn’t get lost forever. I reckon that’s where my wandering spirit developed.

They owned land nearly all the way up to our pasture, four miles north of the old place. I remember the first time exploring I stumbled upon a good-sized pond back in the middle of a 200-300 acre post oak forest. It was covered with ducks. Later I discovered a bigger pond another half mile to the southeast.