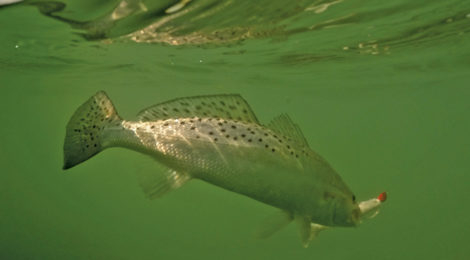 Understanding where fish are and their behavior during the four seasons will help anglers be more successful.

As this January gets underway, a new decade begins as well. Although this is a new year and a new decade, some things will remain more or less the same. As is the case every year, as seasons change throughout the year, so do the available target species in Texas bays and nearshore waters. Not only do the available species vary at different times of year, so do the areas those fish will be found and how they will be behaving.

In general, summer and winter see distinct fishing patterns, with spring and fall being “transition” periods. When fish begin being found in their seasonal homes and behaving in the various seasonal patterns actually depends more on the prevailing weather than the actual calendar itself. This being Texas and all, seasonal weather doesn’t always arrive on cue – sometimes it’s early, sometimes it’s late. But, at some point weather will change and fishing patterns will be altered as well. By knowing what to expect as the seasons change, anglers can make the most of each portion of 2020.

Winter – The year, of course, begins in the middle of the winter season. Although the arrival and severity of winter weather varies greatly from year to year in Texas, by January fish on every portion of the Texas coast are in a winter pattern and the worst of winter’s weather is right around the corner in February.

Winter fishing can generally be summed up with a few key words – slow, deep, muddy, big… Slow is probably the most apropos of these keywords. Due to the cold water temperatures fish will be moving slow. They will definitely eat, but they will not move far nor fast to chase down a meal. Therefore, fishermen need to make sure and slow their retrieve while making repeated casts in a likely area in order to thoroughly cover every inch of an area.

← Game Warden Field Notes
Memories of Buffalo in the Lowveld →