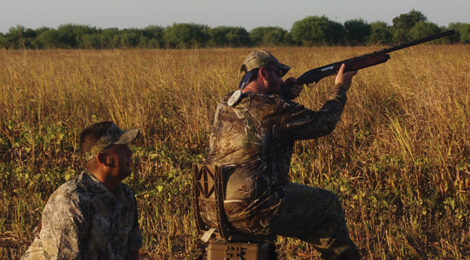 In order to be successful knowledge of the quarry is paramount.

Optimism and expectations run high on the opening first day of hunting seasons in Texas.  September 1 marks the beginning of traditional fall hunting as dove seasons open statewide.  The North and Central Zone begin their full first “split” and will continue until November 4.  The late second season opens December 21 and closes on January 14, 2019.

The South Zone celebrates with an abbreviated opening the first two weekends of the month on September 1-2 and 8-9.  Hunting is restricted to noon until sunset each of these four days.  The first split of the regular South Zone season runs September 14 – October 30.  The second split is open December 14 – January 21, 2019.

In order to be a successful hunter, knowledge of the quarry is paramount.  However, many take the paloma fore granted and assume the swift gray birds will be there or not.  If they are there then plenty of shooting will be available while if weather events have changed they may not be around.

To better understand the migration as well as required habitat and other needs by both mourning as well as white-winged dove Texas Parks & Wildlife Department’s Owen Fitzsimmons was consulted.  He is the Webless Migratory Game Bird Program Leader and said, “Overall, mourning dove and white-winged doves have pretty diverse migratory patterns. A lot of folks think birds either migrate or they don’t, but it’s much more complicated and varied than with many species. Generally, mourning dove breeding north of the 39-40th parallel (Colorado, Kansas, Missouri, etc.) migrate south for the winter.  How far south?  That depends on the flyway and also depends on the bird.  Birds south of that line may migrate a few hundred miles or may go down to deep Central America.

“Banding/harvest data for Texas mourning doves indicate that most of the birds harvested in the Lone Star State come from Central Management Unit states,” Fitzsimmons continued.