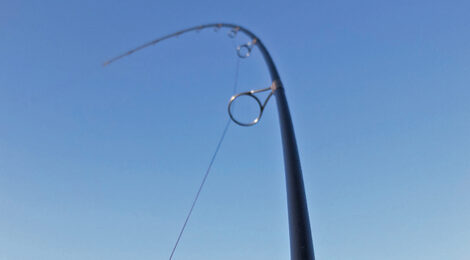 Staying Bowed Up In Spring

After a winter of extreme low tides, March ushers in some drastic changes for coastal fishermen. In fact, this winter water seemed to be lower than usual for longer than usual – even by winter standards, at least along Texas Lower Coast. But, once again, anglers can expect big changes as spring’s seasonal transition gets underway.

The second season offers huge spring tides. It is also often much windier than other times of year. So, while the excess amount of water causes fish to spread out, at same time wind often limits areas anglers can go.

Add to these conditions the fact warmer weather encourages fish to spend more time in the shallows and fishermen will be seeing a myriad of different conditions than they have faced over the past few months.

As March begins, the water temperatures will be warmer and becoming even warmer as each day goes by. Bait will be more abundant plus both prey and predator fish will be more active.

As already mentioned, the water or tide level will also be higher. Areas that were often dry ground during winter will now hold enough water to allow fish to move in to sun and feed.

Due to the frequently high winds, the water will often be off-color as well. However, this isn’t necessarily a bad thing.  Many times the conditions that cause water in certain areas to ‘muddy up’ also draw in feeding fish so anglers shouldn’t necessarily avoid cloudy or stirred up water areas.

← Gearing Up for the Spring Gobble
A One Stop Coastal Option →