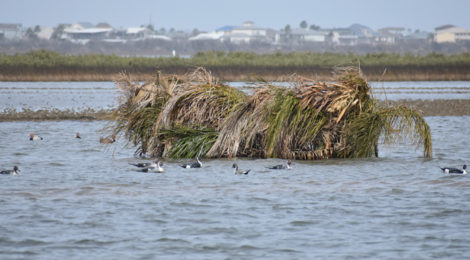 There are countless places and ways to hunt most of the popular species of ducks.
Story and Photography by Robert Sloan

Every bird hunter is into shooting multiple species, especially ducks, and that can definitely happen here in the great state of Texas. Variety is the spice of life and when it comes to shooting we’ve got the best variety of quackers you’ll find in just about any state. Take your pick from mallards, pintails, teal, gadwall, widgeon, black ducks, blue bills, red heads, buffleheads, woodies, canvasbacks and even mergansers plus the almighty coot.
It goes without saying that the king of ducks is a greenhead mallard, followed closely by a drake pintail, a.k.a. bull sprig. This season we’re allowed to shoot a total of six ducks per day. I’m pretty much sure the ultimate duck strap would have to be two greeners, two bull sprig, a drake woody and widgeon. Is that possible? You bet. I’ve done it. It’s not an easy thing to do. But it can be done if you’re in the right place at the right time.
The most likely place is a backwater area on one of our big East and Central Texas lakes. The best possible place to take the ultimate duck limit is on flooded river flats. When rivers are out of their banks they flood nearby stands of timber. That is the type of water mallards, woodies and pintails prefer.
I’ve been hunting ducks for about 55 years. The absolute best day of hunting I’ve ever had was on a flooded river. We were standing in timber and the mallards and pintails were rocking down on cupped wings through the limbs of oak and pine trees. It’s a hunt I’ll never forget.