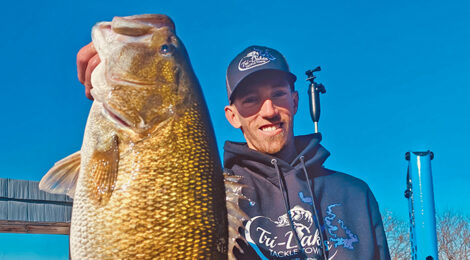 A World Record That Isn’t

Here’s a perplexing tale about a new world record bass from Texas that apparently won’t be recognized as such by the International Game Fish Association — at least not for now. The fish in question was caught in January 2022 at Lake O.H. Ivie by fishing guide Brandon Burks of Stephenville.

Genetics analysis performed on the 23 inch, 8.36 pound black bass confirmed the fish is a first generation hybrid/cross between a largemouth bass and a smallmouth bass, according to Texas Parks and Wildlife Department fisheries biologist Lynn Wright of San Angelo. The DNA testing was performed at the A.E. Woods Fish Hatchery in San Marcos by TPWD geneticist Dijar Lutz-Carrillo.

Though rare, Burks’ fish isn’t the first lunker of its kind caught at O.H. Ivie. The 19,000-acre reservoir produced a pair of seven pound hybrids last spring, including a 7.60 pounder that was reeled in on March 1, 2021 by Wyatt Frankens of Corrigan.

The oddball bass generated a landslide of publicity when the International Game Fish Association recognized it as the world record. National outlets like Fox News and USA Today even picked up on the report.

Burks’ fish, which smacked an Alabama rig tipped with five swim baits and as many hooks, will replace Frankens’ bass as the state record, according to Kyle Brookshear, TPWD ShareLunker program coordinator.

Interestingly, however, the bigger of the two fish will not be recognized as a new IGFA world record.