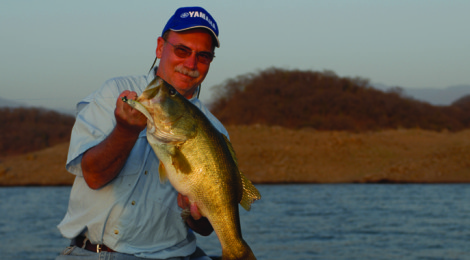 Texas big bass junkies got an unfortunate wake up call regarding big fish care earlier this spring when word surfaced that a 14.30-pound bass caught from a private lake in Zapata County and a new Ray Roberts lake record weighing 15.18 pounds died at the Texas Parks and Wildlife Department’s ShareLunker headquarters in Athens.

The 14.30 pounder was caught on February 19 by Blair Schwarz of McAllen and the 15.18 pounder was reeled in on March 7 by Shannon Elvington of Pilot Point. Both fish were subsequently turned over to the Toyota ShareLunker program for spawning and genetics research. Genetics testing confirmed the two fish carried pure Florida genes, making both ideal candidates for spawning under the program’s restrictive criteria.

Sadly, the two bass died shortly after arriving at the program headquarters at the Texas Freshwater Fisheries Center. A post-mortem examination showed the 14.30 pounder had developed a bacterial infection that resulted from a broken jaw. According to ShareLunker caretaker Juan Martinez, the bacterial infection likely compounded the rigors of being transported and a combination of other stress factors that ultimately caused the bass to die.

Martinez said the Elvington bass also had a broken jaw and that the fish appeared to be stressed when it was picked up for transport to hatchery.

While nobody knows for certain what caused the broken jaws, it is known that the angler who caught the 14.30 pounder spent some time getting his picture made holding the fish before the TPWD hatchery truck arrived to retrieve it. Some of the pictures on the La Perla ranch website show the angler holding the big bass by the lower lip in a vertical position.

I learned about the bad news after TPWD posted a blurb about it on its ShareLunker Facebook page. The news segment was accompanied by a TPWD poster that illustrates the right way and the wrong way to hold a big bass.

The lip-and-grip manner in which Schwarz held the bass for some of the photos is no different than those you see in countless outdoors magazines every month and on television everyday. Some bass pros do the same thing as they parade across the stage showing off their catches at tournament venues all across the country.