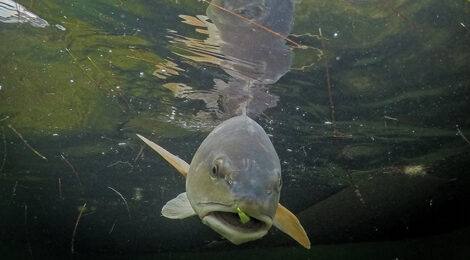 Outdoorsman who are able to spend time on the water will find plenty of reasons to be thankful on coastal waters.

The year 2020 may have seemed so far to be one continuous transition period, but saltwater anglers are about to experience yet another change as November gets underway and fishing patterns make season adjustments. However, for anglers who are able to adjust to these rapid changes the weeks surrounding Thanksgiving represent a special time to be fishing along the Texas coast.

Although autumn actually began in September, generally speaking the water doesn’t significantly cool on the Texas coast until late October and into November. Of course, the actual time varies from year to year depending on the arrival of the year’s first few hard fronts. However, shortening days are adequate enough to get the temperatures to start declining in the weeks leading up to Halloween. In November, fronts typically become more consistent, accelerating the cooling process. As the water temperature changes, so do the fishing patterns.

During most of fall, the fishing patterns changed in that the fish moved shallower and became more aggressive. In November, the changes will be much more drastic as fish begin to transition to their winter patterns, yet traces of the fall patterns will continue linger. As a result, what anglers can expect in the way of fish behavior can change from week to week and even day to day.

What is certain is there will be almost continual transitions as fronts begin to march across the coast with regularity. Pre-front, post-front, between-front conditions will change fishing patterns rapidly over the course of a week, while slowly transitioning them to a more permanent winter pattern. Generally before the month of November is out a pattern of sorts has been established as far as frontal patterns, with nearly an identical number of days occurring between each front. Once this happens, anglers in tune with the pattern are able to time trips and create a plan of attack accordingly based on which part of the frontal cycle that particular angling session takes place.