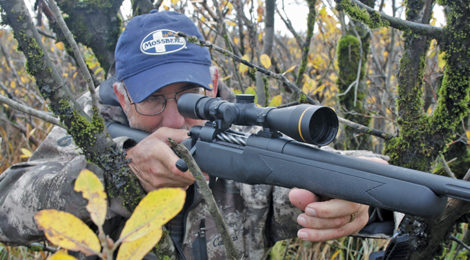 I remember once I’d just gotten promoted to a superintendents job and was telling my plant manager I wanted to fire one of my foremen. He asked why and I started off saying well, it might not sound like that big of a deal but… and I listed out some small items he wasn’t getting completed.

I’ve often thought back to that conversation and found it to be true on many fronts. So with that said, today I’m going to cover many seemingly small topics but all of them can end up affecting the success of upcoming hunts. Many times, we only focus on two or three big items when preparing for an upcoming hunt.

When it comes to pre-hunt preparations I would say it goes without saying, but unfortunately it doesn’t. Make sure you sight in your rifle with the ammo that you’re going to be hunting with. It surprises me as to how many people don’t sight in their rifle every year.

And for sure sight it in with the ammo you’re going to be hunting with. Where a bullet hits can vary wildly between manufacturers even if they’re the same grain bullet.  The powder loads can be different from one brand to another.

There’s a lot of people that the only time they shoot a gun is once a year on their annual deer hunt. There’s no way you can be confident when you pull the trigger if you haven’t been shooting much. The more you shoot the more confident you’ll be.