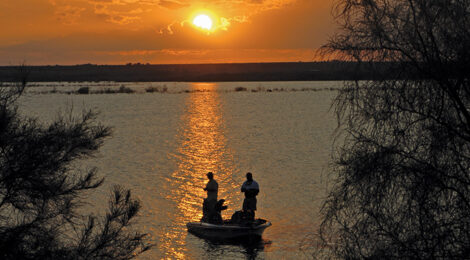 For those who may not have heard, there are some familiar names on Bassmaster Magazine’s list of America’s Top 100 bass lakes for 2021. Unveiled last June, the rankings include the Top 10 overall picks and a breakdown of the Top 25 lakes in the Central, Southeastern, Western and Northeastern geographic regions of the United States.

Producing the list is an ambitious task that takes more than two months to complete. It means toiling over tournament results, gathering surveys from dozens of state fisheries biologists, reviewing big bass program data and considering input from B.A.S.S. Nation conservation directors all around the country.

Not everyone will agree with the order of rankings. They never do.

One thing that can’t be disputed is Texas’ reputation for world class bass fishing. There is a wealth of great places to play the game around here.

It’s no surprise that Texas is well represented on the 2021 roster of top-notch honey holes. Ten Lone Star lakes including four border lakes shared with neighboring states and Mexico made the grade.

Fork: The Best in America?

Lake Fork has a rich history in Texas big bass lore. The lake has been heralded as one of the best big bass lakes in America dating back to the late 1980s and 1990s when it developed a reputation for cranking out bass upwards of 10 pounds like a bubblegum machine.