Browse: Home   /   Spring into the Shallows 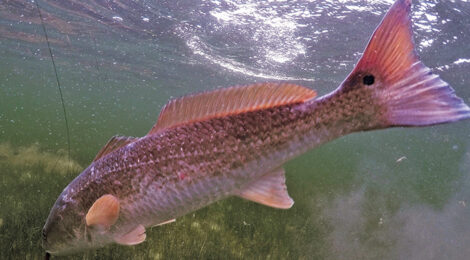 Spring into the Shallows

TOJ-RT / April 2, 2022 / Comments Off on Spring into the Shallows / Uncategorized

Many of these reasons spring is the time to get shallow in Texas bays, plus where and how to succeed.

Sure, spring begins in March, but April is really the first consistently warm month along the Texas coast.  Even then, some years we see late fronts blow through this time of year.

Longer days and warmer air temperatures serve to warm the water temperatures in bays up and down the coastal curve. This will result in fish being much more active and spending more time in shallower water than they have in previous months. In fact, April is the start of a two month period when the water temperatures are “just right” – not as cool as they were in winter and not as hot as they will be in summer — ideal temperatures for shallow water fishing.

There are a lot of different conditions presented to fishermen during spring, but the one constant is the weather and water will be getting progressively warmer – and the shallow inshore waters will be getting progressively more productive. Not only will the shallow water be getting more productive but there will be much more of it in April. Because of higher spring tides, many more acres will be flooded and large expanses that were too shallow to hold fish earlier in the year will not have sufficient depth.

By and large, anglers working the shallow inshore waters along the Texas coast in April and May have one of four goals in mind – 1. catch numbers of keeper speckled trout; 2. catch trophy speckled trout; 3. catch redfish; or, 4. catch a mixed bag of redfish and speckled trout. Depending on what it is they hope to accomplish, fishermen will need to target slightly different areas and employ a variety of different methods to improve their odds for success.

When targeting numbers of solid specks, it’s best to concentrate on flats that are two to four feet deep and relatively close to deeper water. Depending on which bay system, these flats may be covered with grass or scattered shell – or a mix of both. If working over grass flats, it’s best to find flats that are pocked with potholes – or bare spots – and not just miles of solid grass carpeting the bottom.